EGL, EGU. Locally abundant in a few localities in far East Gippsland, growing on sandstone or granite outcrops or perched on cliff faces.

Many colonies have been stripped completely by unscrupulous collectors reducing the species to great rarity in Victoria.

This taxon was recently referred to as Thelychiton speciosus, but the segregate genus Thelychiton is not currently recognised. 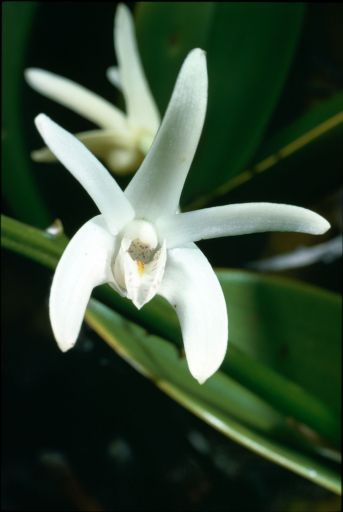