Some species are toxic to stock, none of which are known from Victoria.

Phyllanthus tenellus Roxb., a native of Madagascar, has been recorded as a rare weed of urban gardens. It is an erect summer annual to c. 30 cm high with rather membranous, obovate, discolorous leaves 5–20 mm long and 2–10 mm wide. The small (c. 2 mm diam.) flowers are unisexual, usually in small axillary clusters of either or both sexes. Male flowers have 5 sepals and stamens; female flowers have 6 sepals. To date, it has been noted in Victoria only from suburban Melbourne, in Clifton Hill and Bentleigh, and is not considered naturalised in the State. 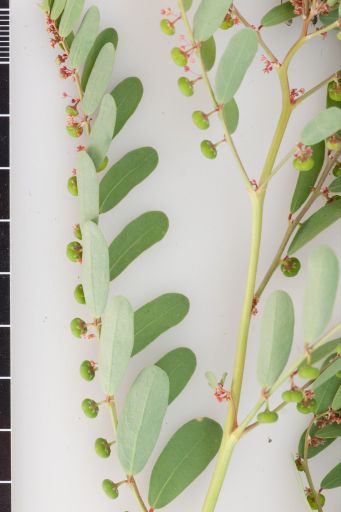