CVU, DunT, EGL, EGU, GipP, Glep, Gold, GGr, HSF, LoM, OtP, OtR, Strz, VVP, WaP, WPro, Wim. Also SA, Tas. Widespread on sandy soils in lowland heath and woodland communities, mostly in the south (e.g. Portland area, Anglesea, Cranbourne, Walkerville, Bairnsdale district, Mallacoota), but extending to the Big Desert in the north-west, and to c. 1200 m altitude on Mt William in the Grampians. Some collections from western Victoria (e.g. Grampians, Casterton) are atypical in having rather long-pedunculate umbels and in this respect resemble L. gracilis (to which they were previously referred) but are separable from that species in the white petals which are shorter than the sepals. 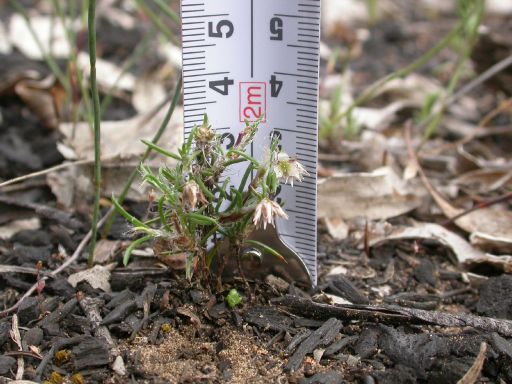