The Korthalsella rubra subsp. geijericola Barlow from inland parts of southern Queensland and extending to south-western New South Wales grows mainly on Geijera parviflora. It differs from the nominate subspecies in having protruding floral cushions composed of a dense mat of white hairs and leaves only 0.2–0.5 mm long and fused as a rim on the face of the internode between the distinct flower clusters. 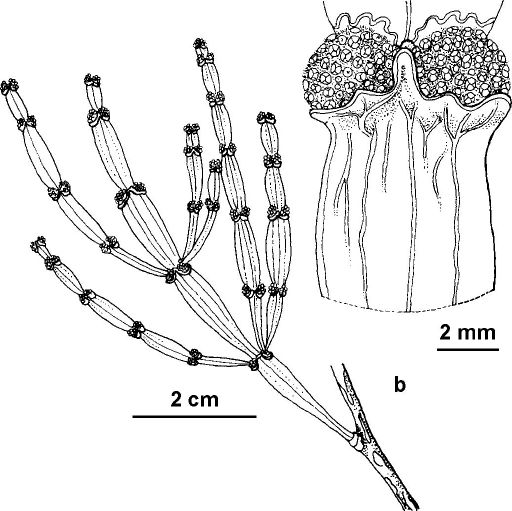