In the far north-east of Victoria and in New South Wales, A. ledifolia is a root-suckering shrublet with several erect stems, and narrowly oblong-elliptic leaves. In the Brisbane Ranges, plants have more spreading branches and the leaves ovate or narrowly triangular (broadest at base), with a rougher upper surface and the petals more frequently empurpled with age; root-suckering has not been recorded in this population. The latter population may warrant recognition as a distinct taxon. 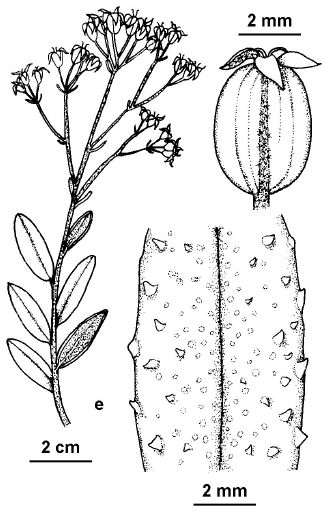