Cones vary considerably in size. Branchlets, although variable in thickness, are generally thinner than those found in other species of Allocasuarina or Casuarina. With its fine and relatively short ultimate branchlets, the foliage of A. littoralis can superficially resemble pine needles. 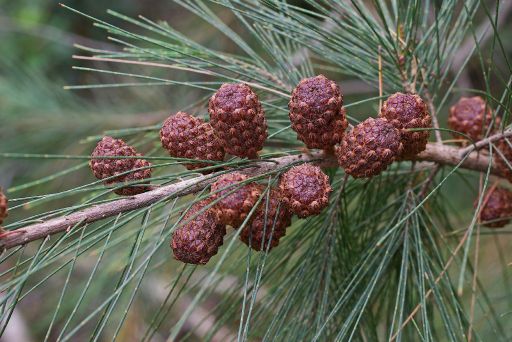