Grevillea ilicifolia normally has the hairs of the leaf undersurface, floral rachis and perianths straight and appressed. Various populations in western Victoria and South Australia include plants with tomentose leaf undersurfaces, not apparently correlated with leaf form except for plants from the Wyperfeld National Park-Hattah Lakes area which have all the above parts consistently tomentose with curled hairs. 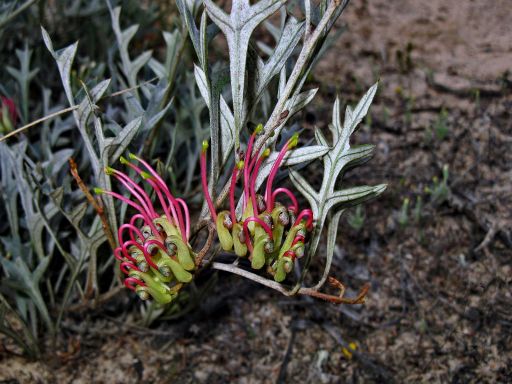