Euphrasia scabra is polymorphic, with at least 2 taxa included under this name occurring in Victoria. Most plants belong to a scabrous small-flowered race (with affinities to E. orthocheila W.R. Barker of New South Wales), occurring in lowland to montane sites. The other race, with larger flowers and softer indumentum (approaching E. caudata), appears to be restricted to a single subalpine site near the Bogong High Plains. 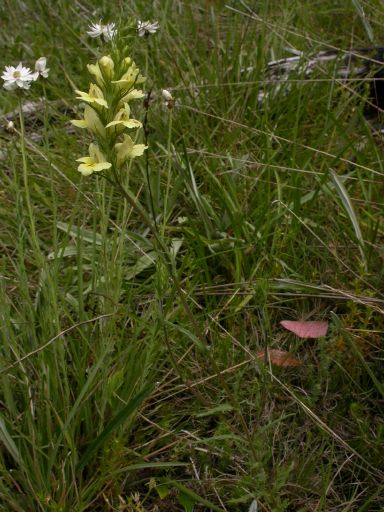