37 species, mostly in eastern Australia, a few in New Caledonia and New Guinea and 1 extending to southern China. There are numerous unnamed taxa in Western Australia that are currently placed in Baeckea, but these are likely to belong in the numerous genera segregated from this genus (See note below).

The generic concept of Baeckea has undergone numerous revisions since the previous treatment by Jeanes (1996). In Victoria, species have been moved into Sannantha, Euryomyrtus and Hysterobaeckea. However, as currently recognised, Baeckea is still considered paraphyletic (Lam et al. 2002; Wilson 2011), and Baeckea sensu stricto may contain as few 11 species from eastern Australia and Asia (Bean 1997). Of the Victorian species, Baeckea crassifolia and B. ericaea appear poorly placed in Baeckea (Trudgen 2001). They have been included in the predominantly Western Australian genus Rinzia (Rye 2017), but morphological and molecular evidence remains incomplete and they are here retained in Baeckea until the generic boundaries are clarified.

Key to the species of Baeckea 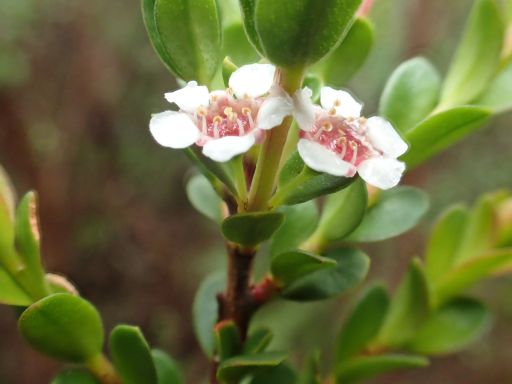