The lamina is generally dark green and harsh, but young fronds are softer and tinged rosy-pink or magenta. The winged lower rachis with or without a single isolated stalked pair of pinnae is characteristic of this species. Also, the sori of Blechnum neohollandicum are relatively small and often crescent-shaped, while those of B. rupestre and B. parrisiae are usually linear and more elongate. Both B. neohollandicum and B. parrisiae can have a second row of sori on each side of the midvein while B. rupestre always has a single row. 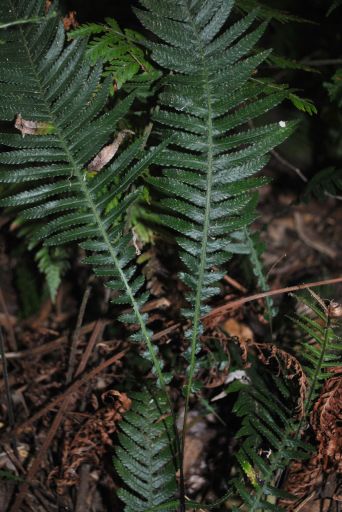