About 80 species native mainly in temperate and arctic North America and Eurasia, also in northern and southern Africa; 6 species introduced in Australia.

Papaver is rich in alkaloids, notably opiates. Some species are diploids, others are polyploids, and some apparently are aneuploid. Most commonly, n = 6 or 7 or a multiple of these. 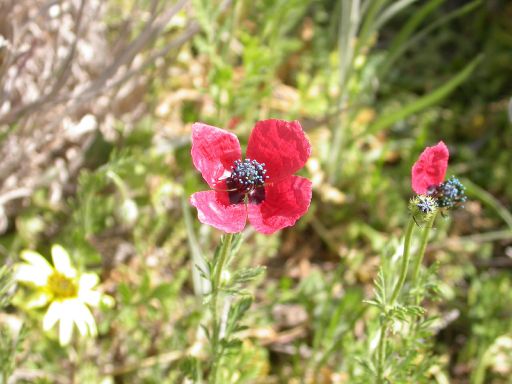