A late-flowering variant from southern Victoria west from Wilsons Promontory, growing under Leptospermum lanigerum, has the labellum auricles covered by the labellum and may be a distinct species (see C. sp. aff. diemenicus (Coastal)). 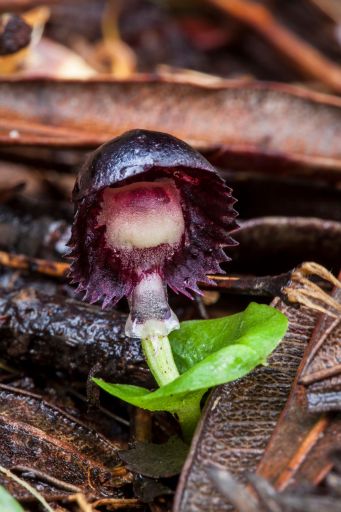