A very variable species with several forms possibly warranting formal recognition. Most forms are usually long-rhizomatous, but there is also a form that is shortly-rhizomatous and often forms dense tussocks. The utricle varies in size, rugosity, thickness of nerves and relative length of beak. Several varietal names exist, but their application is uncertain, and are hence not used here. Carex inversa is very similar, and possibly not distinct from C. paupera which may merely be a high altitude form of C. inversa. Similar to Carex lophocarpa (New South Wales, and Queensland), which differs in having an often bigger inflorescence, and a longer utricle beak. Also similar to C. resectans (a New Zealand species), from which it differs in the leaves being mostly shorter than the culms, and having longer culms which are sheathed by the leaves only at base. 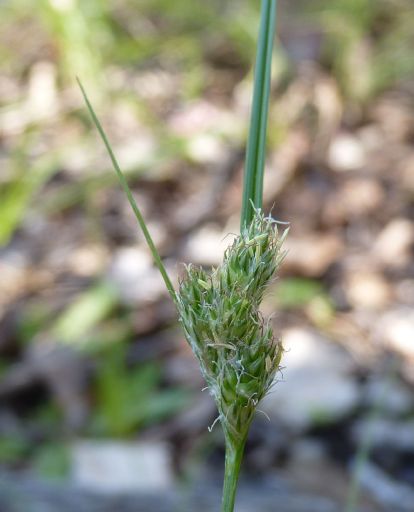