A very variable species, particularly in terms of the indumentum, leaf size, shape and degree of dimorphism and flower size and colour. Var. sericea was erected by Bentham to include plants that are overall silky-pubescent or villous, have a rusty-villous calyx and very short pedicels. Later authors have used additional features such as narrower leaflets (Weber 1986) and longer pods (Elliot & Jones 1980-94) to further delineate this taxon. However, all these features are quite variable and it is not unusual to have a single plant displaying characteristics of both varieties. For this reason no varieties are recognized here.

A form with dense, pale indumentum, currently noted only from the Dunolly area, is unusual in having the central petiolule longer than the laterals and having a pair of stipels. This form appears consistent with Glycine clandestina 'Western Slopes' sensu Pfeil et al. (2001), and appears to share some morphological features with both G. canescens and G. microphylla. 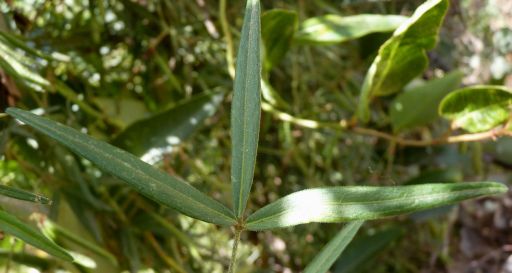