This variety grades almost imperceptibly into var. sophorae, but the phyllodes typically are thinner, more pliable, usually wider at or below the middle (those of var. sophorae are mostly wider at or above the middle), and narrow gradually towards the apex (those of var. sophorae usually narrow abruptly). These varieties are sometimes treated as distinct species, but due to their morphological similarity and the presence of plants with intermediate features, infra-specific rank seems appropriate.

It seems likely that var. longifolia is spreading rapidly in southern Australia and becoming more common, possibly as a result of garden-escapes.

See A. oxycedrus for notes about hybrids with that species. 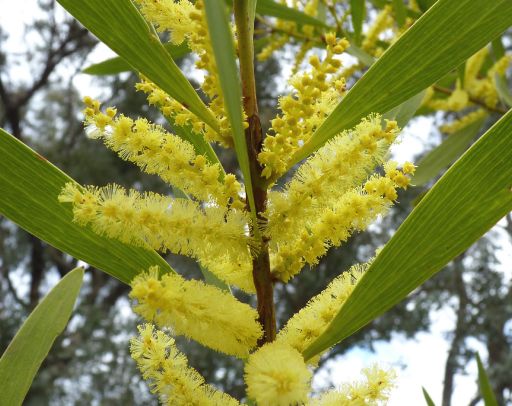