Although the rhizomes are usually densely clad with brown, erect scales, they do occasionally lose them. Fresh Microsorum scandens reputedly has a musky odour. 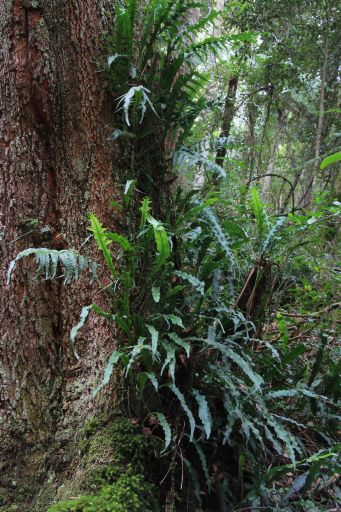