Closely resembling G. appressa, and differing significantly only in the erect bristles on younger stems and leaf undersurfaces (and sometimes short outgrowths on the upper surfaces of younger leaves), and in the relatively narrower lanceolate leaves, not or rarely broader than 1 cm. Flowers ?Dec. (in fruit Mar.).

NIS, OtR, VAlp. Also Tas. Known in Victoria only by a recent (1994) collection from the Otway Range (near Hopetoun Falls on the upper Aire River). The roadside situation of the small population of G. hispida raises the possibility that it has become established there following road-works, probably from seed inadvertently imported from Tasmania. Other records from eastern Victoria are historical collections of doubtful location given the lack of subsequent records at these locations. 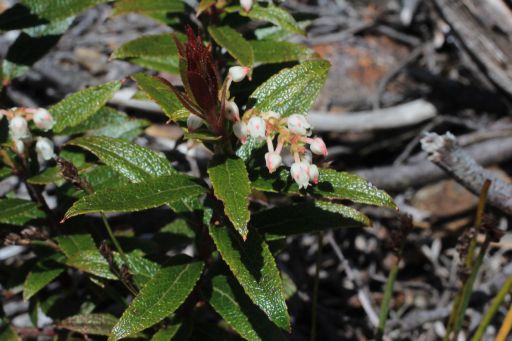