Herbs or shrubs, annual or rarely perennial. Leaves opposite, usually joined basally by a ridge, simple and entire or pinnatifid to pinnately compound; stipules absent. Inflorescences terminal, cymose. Flowers actinomorphic or zygomorphic, bisexual; sepals 1–25, united at base into a short tube, small at anthesis but enlarging in fruit, often plumose, persistent; petals 5, united at base into a tube, sometimes with a conspicuous nectariferous spur; stamens 1–4, attached inside corolla-tube, alternating with petals, anthers 2-celled, dehiscing by longitudinal slits; ovary inferior, 3-celled but only 1 cell developing fully, ovule 1 per ovary, pendulous, style slender, stigma with 2 or 3 thread-like branches, rarely entire. Fruit a cypsela, with the remains of the 2 aborted cells visible.

13 genera with c. 400 species, throughout the Northern Hemisphere and extending to South Africa, South America and Indonesia; 3 genera naturalised in Australia. 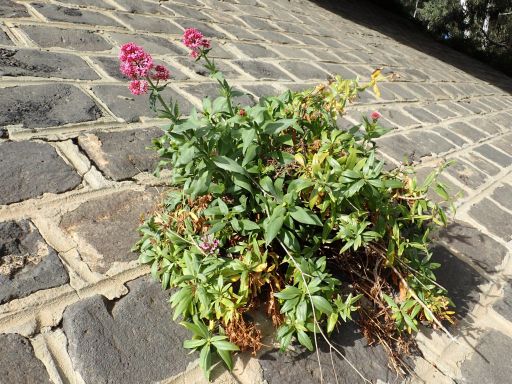