Both Henderson (1974) and Symon (1981) recognised Solanum douglasii in their accounts of Solanum in Australia. Subsequently, Purdie et al. (1982) excluded S. douglasii from their treatment, with a note that the species is inadequately known in Australia. It is unclear whether both species are present in Australia, or just S. furcatum (the earlier named species). Both species were recognised in Jeanes (1999). Many of the morphological characters used in Australian literature to separate the two species, in particular the supposedly discriminatory simple vs forked inflorescence appear to be unreliable and can vary within a population. On account of the difficulty in reliably separating the two species, only S. furcatum is recognised here, pending a better understanding of the Australian plants. 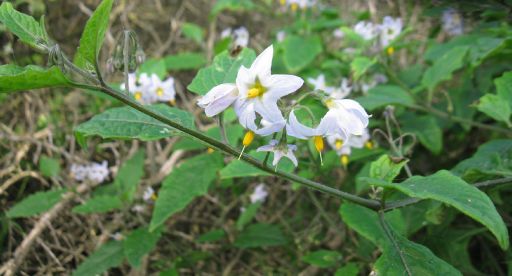