The distinction of this species and Crassula sieberiana is unclear in Victoria. Crassula colligata is thought to occur in drier regions of Australia, and is more common in western Victoria. This species is principally distinguished by the presence of a colourless point on young leaves, a character soon lost, and almost impossible to observe on dried material. Other characters such as erect, few-branched habit, wiry branches with long basal interodes, and pyramid-shaped fruits with clasping calyx lobes may be used to distinguish it from Crassula sieberiana, which is generally a longer-lived, much branched, decumbent herb, with fleshy branches and short basal internodes, and typically cup-shaped fruits. However, none of these characters is consistent in either species, and a combination of these characters along with habitat may need to be considered to identify species in the absence of fresh young leaves.

Created by: Andre Messina, 2015-11-25
Key to the subspecies of Crassula colligata 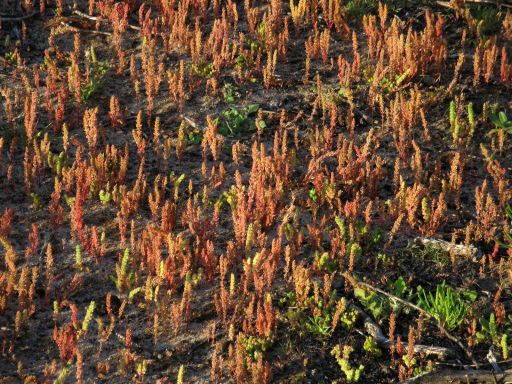