150–400 or more species (depending upon how the genus is defined), mainly from northern temperate regions; about 17 species in Australia (2 native).

Many species and cultivars are grown as ornamentals or for their edible fruits or seeds. The Almond (Prunus amygdalis Batsch), Apricot (P. armeniaca L.), Cherry (P. cerasus L.), Peach (P. persica (L.) Batsch) and Plum (mainly P. domestica L.) are commercially important plants throughout temperate parts of the world and all are grown in Victoria. Any of these species may occur near orchards or along roadsides, apparently from discarded stones or kernels, but can barely be regarded as naturalised in the State. 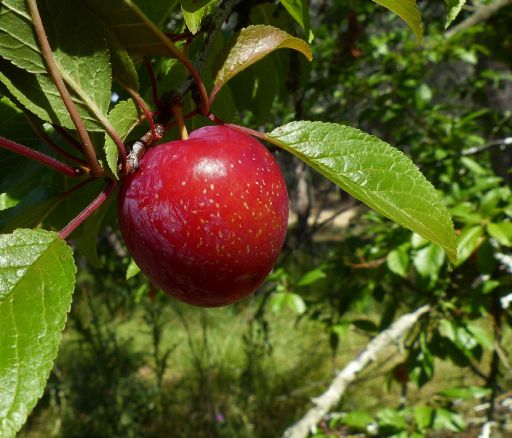