The relationship between this and Arthropodium strictum (with which it is largely coextensive in Victoria, but sometimes later-flowering) requires further investigation. While plants generally have more than one flower per inflorescence node, it is common for some individuals within a population to be single-flowered at nodes. Although difficult to describe, the scents of this and A. strictum differ slightly. 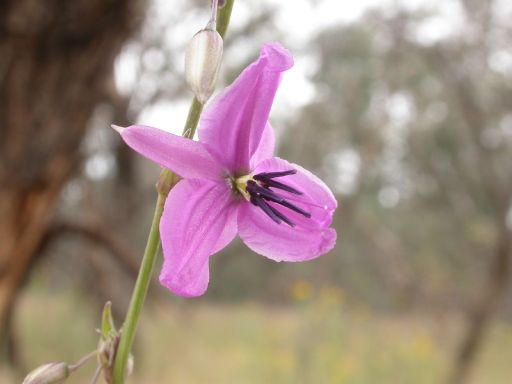