Cerastium vulgare is very close to Cerastium fontanum, which has been recorded at Macquarie Island, and in New South Wales. However, there is no concensus of opinion between European botanists on the Cerastium fontanum complex, and it is not clear if C. fontanum is a separate taxon or should be included in C. vulgare. Cerastium holosteoides Fries has frequently been synonymized with C. fontanum subsp. triviale (= C. vulgare Hartm.) by European authors (e.g. Jalas 1963, Greuter et al. 1984), but others consider them reasonably distinct, at least at subspecific rank (e.g. Salman et al. 1977a, 1977b). All Victorian material seen so far equates closely with the latter taxon, and is placed here under the correct name for the species s. str. 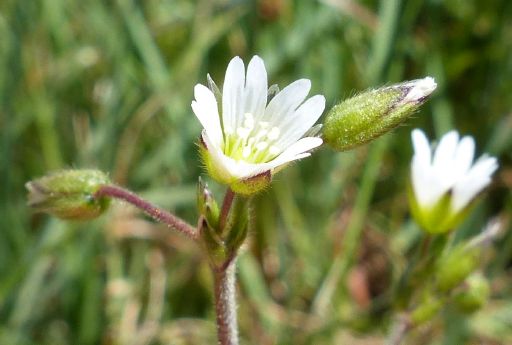