Perennial, non-­rhizomatous, tufted herbs. Leaves mostly basal, sessile, entire or pinnatisect and with 1–6 lobes, mainly glabrous but at least the lower leaves with long, coarse, septate, brownish hairs at the base. Capitula solitary, radiate, heterogamous; involucral bracts in c. 2 distinct rows, the outer row distinctly shorter than the inner row, mainly herbaceous but with scarious margins; receptacle convex or somewhat conical; ray florets female, white or bluish; disc florets bisexual, 5-lobed, yellow; anthers with an apical appendage, not tailed; style branches with sterile apical appendages shortly deltate or triangular and about the length or shorter than the stigmatic part. Cypselas homomorphic, flattened, with barely to well-defined longitudinal ridges and entire or barely notched wings, smooth or minutely tuberculate, biseriate eglandular curved or sometimes inrolled hairs present at margins; pappus of c. 10–15 scale­like, somewhat erect bristles which are connate or barely so at the base.

A genus of two species found in south­eastern, mainland Australia including Victoria, and Tasmania. This genus was previously included in Brachyscome but has been removed from that genus based on its perennial, non-rhizomatous and tufted habit and by the long, coarse, septate, brownish hairs at the base of the leaves. Immature fruit of Allittia cardiocarpa and sometimes mature fruit of A. uliginosa may exhibit two longitudinal ridges on each lateral face resembling the two longitudinal ridges possessed by many Brachyscome species. Cleared fruit show that these ridges are associated with vascular traces in the pericarp and as such they are not considered to be homologous with the longitudinal ridges found in species of Brachyscome that are internal to the vascular traces (Short 2014).

Key to the species of Allittia 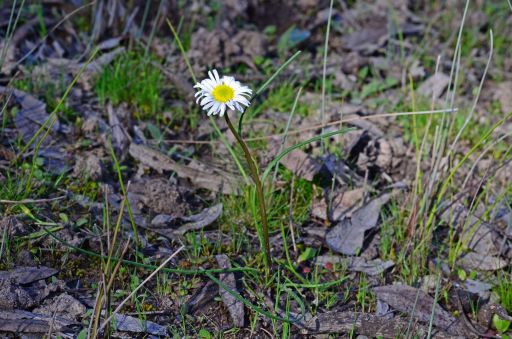