Dicksonia antarctica is most easily distinguished from the Cyathea species by its smooth stipe bases covered in hairs rather than scales, the fibrous matted roots which soon cover much of the trunk and the marginal, 2-valved soral structure. Although trunks usually bear a single crown of fronds, some plants have been noted (e.g. in the Taggerty-Alexandra area) with 6 or more crowns per trunk. 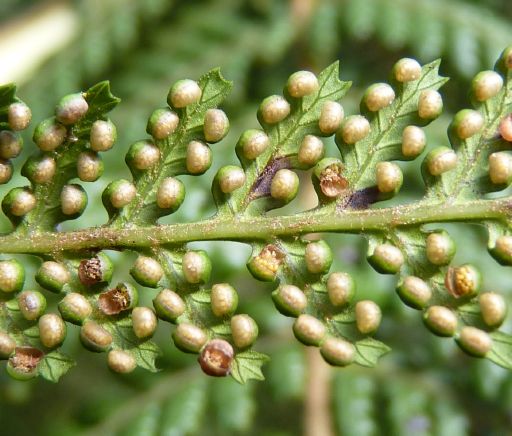