*DunT, *GGr, *OtP. Native to West Australia, commonly cultivated, plants naturalised in the Grampians, gowing in sandy soils. Also recorded on the south coast near Geelong, but plants have apparently not persisted at that site.

A distinctive species with branch-like leaves and inflorescences, making these organs somewhat obscure, and the flower-heads often appearing to be solitary on leafless branches. 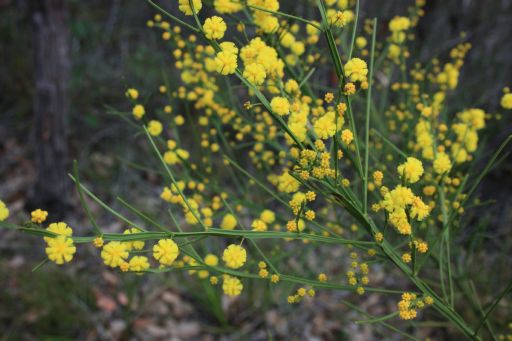