Previously included in Diuris punctata, but now considered distinct due to the longer neck on the labellum mid-lobe, longer petal claws that often have a short spur-like apical lobe and its more westerly distribution. 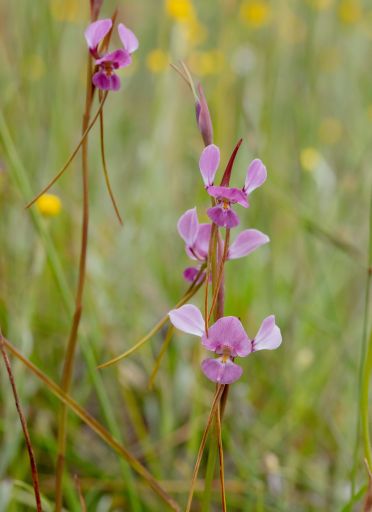