About 50 species, all but 3 endemic to Australia (2 also occurring in New Zealand and one endemic to New Caledonia), 11 species in Victoria. In Australia most species occur in temperate and subtropical regions of the eastern States, only a single species occurs in south-west Western Australia.

Formerly included in Prasophyllum and then Genoplesium, but now considered distinct from these genera. 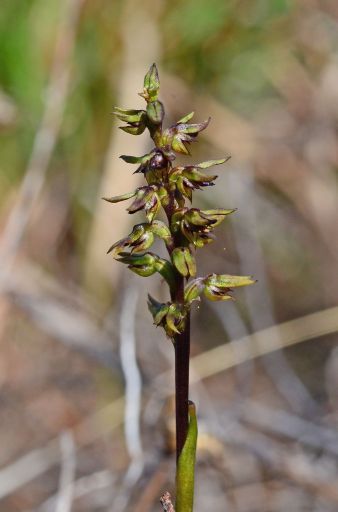