Also NSW. Occurs principally in the catchment of the Snowy River from the NSW border to near Buchan, with outlying occurrences at Gapsted in north-eastern Victoria, and near Mt Bowen near Bonang (Tucker et al. 2018). Often in rocky areas lining watercourses, but also occasionally in areas away from the river (e.g. Gapsted and Mt Bowen populations). Commonly cultivated and naturalised in some Melbourne suburbs and near Meredith, Orbost and Dartmouth.

The outlying Gapstead and Mt Bowen populations appear to be sterile, and have some morphological attributes (somewhat pruinose stems, phyllode width) of A. boormanii subsp. gibba, but have been retained in subsp. boormanii (Tucker et al. 2018). 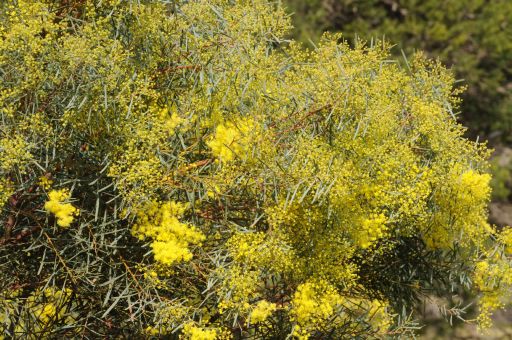