Usually sparsely tufted, sometimes shortly rhizomatous perennials. Inflorescence a panicle, dense and spike-like to loose and somewhat spreading. Spikelets 1-flowered; glumes 2, persistent, 1-nerved, keeled; lemma firmer than glumes and slightly shorter than, to slightly longer than glumes, keeled (often weakly), indistinctly 5-nerved and shortly 2-lobed at apex, with an awn longer than the body of the lemma arising between the lobes; callus with a short, but distinct tuft of hairs. Stamens 1, 2 or 3.

Identification of some specimens is difficult, with apparent intermediates between most taxa occasionally encountered, perhaps a result of hybridization.

The distinction between some species of Dichelachne and Deyeuxia is not always clear.

Dichelachne montana Endl. and D. parva B.K.Simon were recorded for Victoria by Simon et al. (2009) but no genuine specimens of either of these species are known from Australian herbaria. Dichelachne parva records were based on small-flowered plants of D. inaequiglumis and D. montana records attributed to Victoria appear to have been a result of misinterpretaton of label locality data. 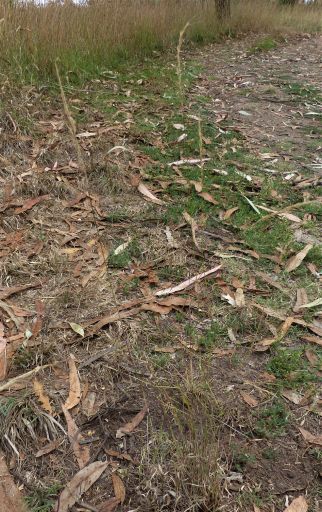