Similar to Juncus procerus but distinguishable by the characters provided in the key. Rare specimens of J. brevibracteus with continuous pith resemble J. alexandri subsp. alexandri but are distinguished by the finer, more numerous and not strongly raised culm striations. Johnson (1993) includes within his circumscription of J. brevibracteus plants with culms as narrow as 2.1 mm diam. and with as few as 45 culm striations, presumably on the basis of finer-culmed plants occurring in NSW. Hybrids with J. sarophorus are known. 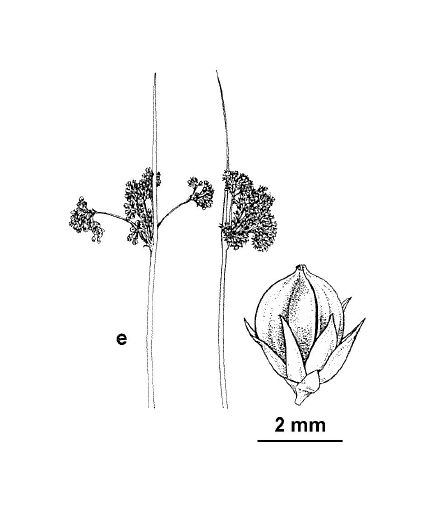