Some Grampians populations (e.g. on Mt Zero, Mt Stapylton and in the Black Range) are sometimes distinguished as var. grandiflora Benth. They differ from other Victorian populations of E. impressa in their villous (cf. tomentose to puberulent) branchlets and elliptic or elliptic-ovate pubescent leaves to 8.5 mm wide. However, plants with somewhat intermediate characters occur in the region (e.g. Victoria Range, Mt Arapiles), and other distinctive forms of the species occur locally in Victoria. 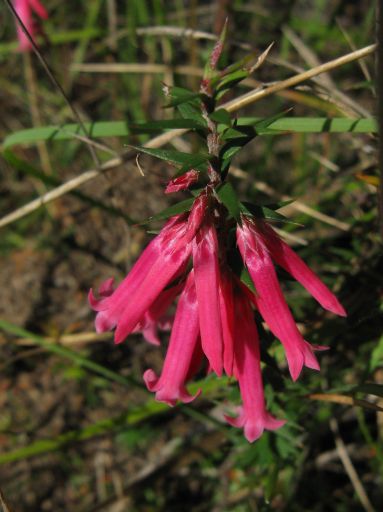