Smith (1999) commented that Geranium gardneri is clearly differentiated morphologically and chemically (unpublished study) from G. solanderi, apparently characterised by the coarse recurved hairs on stems, petioles and (usually) leaf surfaces, causing plants to be quite rough to touch, and in having a thickened tapering taproot which is never napiform as found in G. solanderi. Hairs on leaf surfaces may be somewhat tuberculate, a feature known to occur occasionally in G. homeanum to which it is closely allied. The name G. gardneri was proposed by de Lange (2005) to recognise this entity. However, Aedo (2017) synonimises G. gardneri with G. solanderi, and notes that his study has confirmed that intermediate character states or a combination of the features diagnostic of each form are common in Australian material. Aedo points out that all of the character states vary in a continuum and independently. Aedo argues that G. solanderi is a very variable species with some remarkable forms not yet fully resolved, and as such any attempt to split it might be premature and unfeasible. G. gardneri is maintained here pending a more detailed study of the Australian plants. 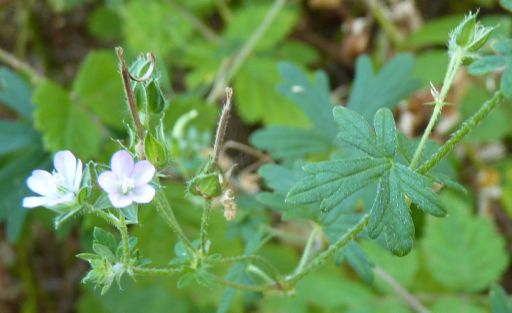