Generally distinguished by the wider leaves that are broadest at the base, and solitary or paired flowers with an orange standard. Plants growing at higher altitudes are sometimes relatively narrow-leaved, and intermediates between these two subspecies (with leaf length to width ratio 3–4) have been recorded in north-eastern Victoria. 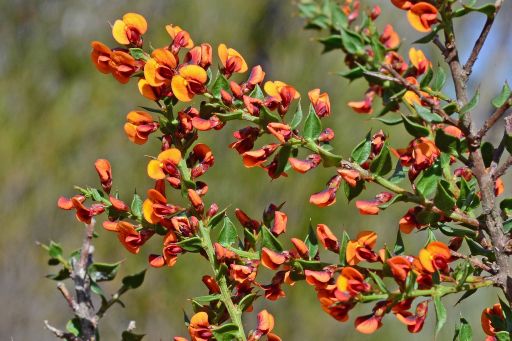