Rytidosperma setaceum is probably the commonest member of the genus in the State, largely co-extensive with the often similar R. caespitosum from which it is best distinguished by its generally smaller size, finer foliage, relatively narrower lemma lobes and relatively shorter and broader palea. 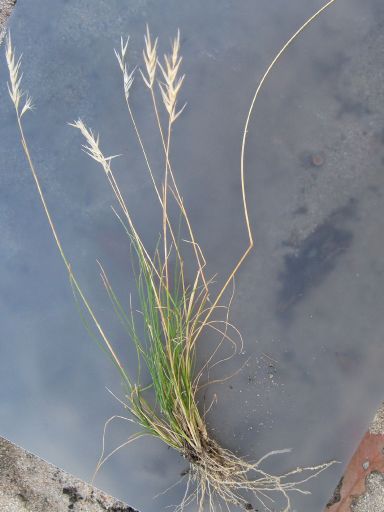