Gold, GGr, MuM. Also SA, Qld, NSW. Apparently very rare in Victoria, recorded only from the north-west near Ouyen, the northern Grampians, and Bendigo area. In other States, occurring in sandy or rocky sites supporting mallee and dry woodland communities.

Willis (1973) considered P. difformis widespread within Victoria, including it with the more common P. angustifolia. Apart from several older collections, simply labelled ‘Murray River’ (which are questionably Victorian), there are only 6 Victorian collections of P. difformis (and only 4 within the last 80 years). The extent of its distribution in this State requires clarification.

Philotheca difformis can be clearly distinguished from P. angustifolia by the scattered indumentum on young branchlets, the presence of hairs on the outside of petals (at least toward the margins), and the characteristically club-shaped leaves with a sunken terminal gland. 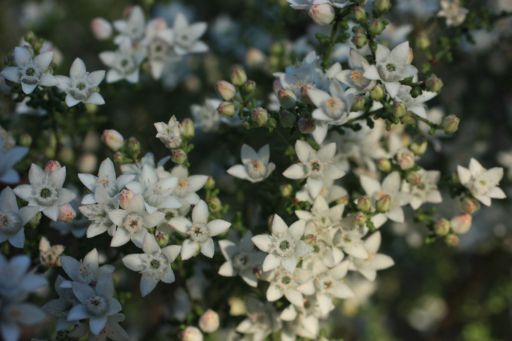