Trees, shrubs or herbs or rarely woody climbers (not in Victoria). Leaves alternate or opposite; oil glands present, usually aromatic; stipules absent (stipule-like blackened glandular excrescences present on some species of Eriostemon). Inflorescences cymose or umbellate or a panicle, 1–many-flowered. Flowers actinomorphic or rarely zygomorphic (not in Victoria), usually bisexual, 4- or 5-merous, rarely 3-merous (not in Victoria); sepals free to fused; petals free or fused; stamens as many as or twice as many as petals, rarely more (not in Victoria), filaments free or cohering in bundles, anthers 2-locular, often apiculate, dehiscence introrse or lateral by longitudinal slits; nectariferous disc usually present; ovary superior, carpels usually 4 or 5, 1-locular, fused or coherent at base, styles fused (in Victoria) or free, ovules 1 or 2(–many, outside Victoria) per loculus. Fruit usually of 1–5 follicles that dehisce explosively along their inner and apical margin, occasionally a berry, drupe, capsule or a samara (not in Victoria); seeds usually solitary in each locule.

About 150 genera and 1800 species, widespread in tropical and temperate regions with major centres of diversity in southern Africa and Australia; 41 genera and c. 350 species in Australia, occurring in all States.

Citrus L. species and their fruits (oranges, lemons, grapefruits etc.) are the most economically important and familiar members of Rutaceae. Leaves of Correa alba have been used as a tea substitute on Bass Strait islands. Many native, e.g. Boronia, Eriostemon, Correa and Phebalium, and some foreign genera, e.g. the South African Diosma and Coleonema, are grown as ornamentals. Boronia megastigma (from south-western Australia) is commercially grown for the perfume industry. Rue (Ruta graveolens), the herb of grace, is used in both medicine and cooking. Hard and durable timber is obtained from some tropical and subtropical rainforest species.

Agathosma apiculata E. Mey, a South African shrub with crowded, reflexed, ericoid leaves, and small purplish flowers in terminal heads, appeared on Coode Island in November 1912, but has not been recorded from Victoria (or any Australian State) since. 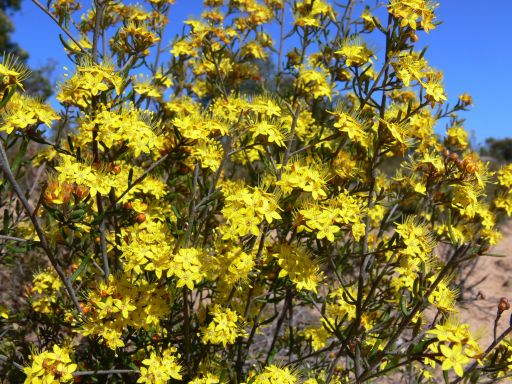