*VRiv. Native to coastal areas of south-western Western Australia,. This species appears to have been planted on coastal dunes in the Barwon Heads area where it has spread and now forms dense thickets (see Reid & Murphy 2008).

Closely resembles and may be confused with A. ligulata and A. cupularis. It is generally distinguished from these species by the scurfy branchlets, phyllodes with minute brown spots, subuncinate to uncinate apex with a short mucro, and occasional presence of a faint second vein.

This species is known to spread via suckers, and may form large dense stands in favourable conditions. 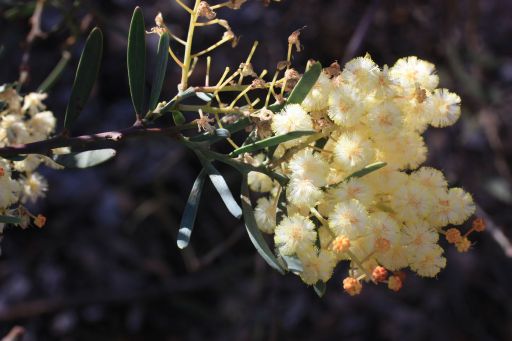