The curled tips of developing fronds are bright green and covered in fine, colourless to fawn hairs. Developing frond tips of Pteridium esculentum, which can grow together with C. dubia, are red-brown due to a covering of coloured hairs. In both species, the young coiled frond is coarse and fleshy. In a few populations of C. dubia the stipes are quite reddened and the fronds dark green; fertile fronds should be examined to distinguish such populations from Dennstaedtia davallioides. Until recently, this fern was widely known as Culcita dubia. The subgenus Calochlaena of Culcita, which included C. dubia, has been now raised to generic rank based on a range of features including shoot anatomy, soral and spore morphology and chromosome numbers. 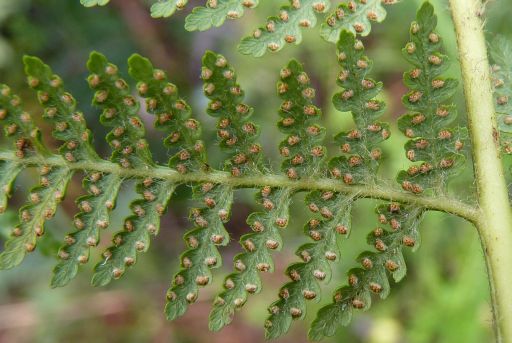