*GipP, *HSF, *NIS, *Strz. Also naturalised Qld, NSW. Native of Europe. Known in Victoria from a collection in the Melbourne suburb of Essendon, which included only male plants, and at the Dookie Agricultural College.

In European populations of U. dioica, the petioles of the lower leaves are reportedly less than half as long as the lamina, while those of U. urens are said to be at least two-thirds the length of the lamina (Ball 1964). The single specimen of U. dioica collected from Victoria has lower leaves with petioles up to three-quarters the length of the lamina, while some specimens of U. urens have no leaves with the petiole more than half as long as the lamina. In all other respects, however, the Victorian specimen of U. dioica resembles European specimens of this species. 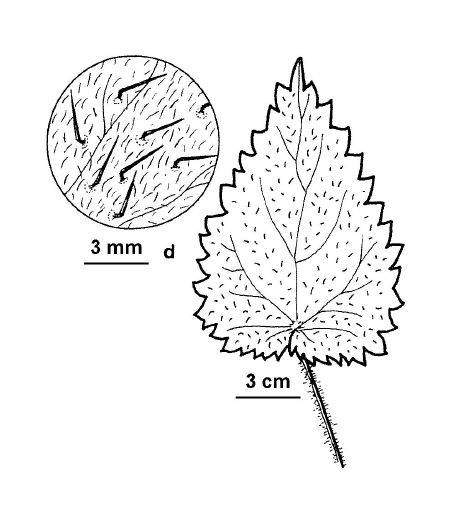