Brachyscome spathulata subsp. glabra (DC.) Stace has been treated as a separate entity confined to Tasmania, but Short (2014) includes this in a unitary B. spathulata. 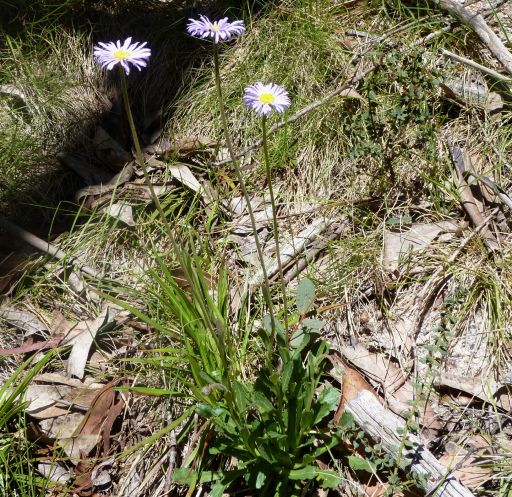