NIS, VRiv. Also Qld, NSW. Widespread in Queensland and New South Wales, but in Victoria known only from around Dookie and Thoona (west of Wangaratta) and near Wodonga. Restricted to roadside and railway remnants of open woodland.

A somewhat variable species but generally recognized by its relatively short, commonly oblanceolate phyllodes and long racemes with often light golden appressed hairs on their axes and peduncles. Acacia decora sometimes resembles A. buxifolia which is distinguished by its usually glabrous inflorescence rachis and peduncles. 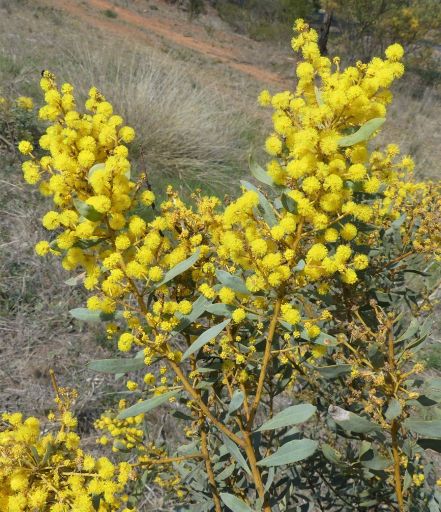