Smith-White et al. (1970) noted that the species, as defined by Davis (1948), is polymorphic in habit, leaf form and flower colour, and is chromosomally variable, and the recognition of 2 varieties by Davis does not accommodate the observed variation. Accordingly, a broad concept is adopted here and all Victorian material is merely referred to B. multifida pending further revision. Most Victorian specimens are specifically distinct from B. multifida s. str., varying not just in leaf morphology but also in chromosome number, and following the system of Davis (1948), would be referable to B. multifida var. dilatata. Some northern Victorian collections, particularly from the Swan Hill district, are possibly representative of B. multifida s. str. 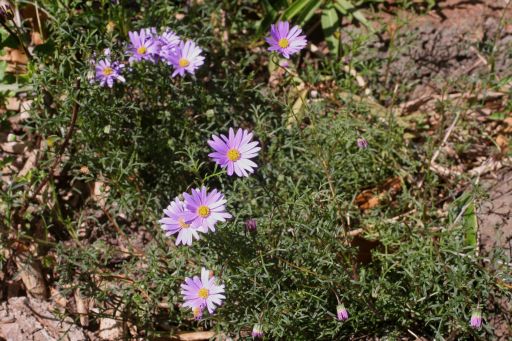