The non-tortuose form of Salix matsudana has been hybridized with S. alba in New Zealand to produce 9 named hybrids of both sexes (‘New Zealand Hybrid Willow’). Many are now widely cultivated in Victoria and one has naturalized vegetatively at Ararat. These hybrids are seeding prolifically in New South Wales and the Australian Capital Territory rivers (Cremer 1994). 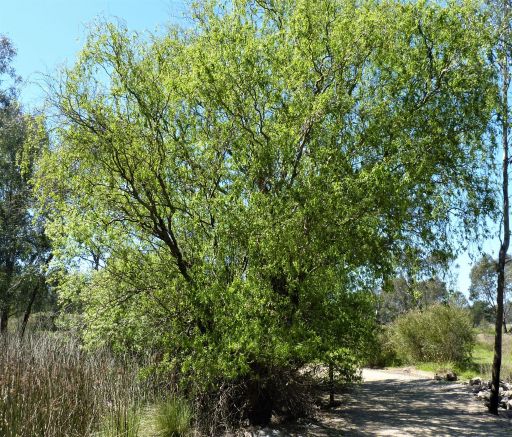