Acacia melanoxylon is one of the most wide-ranging tree species in eastern Australia and considerably variable, particularly in phyllode size and shape in which the variation is continuous (Farrell & Ashton 1978; Playford et al. 1993). It is related closely to A. implexa which differs in phyllode shape and size, the partly united petals, its white, fleshy funicle which forms one loop over the apex of the seed, its glabrous rachis and later flowering time. It is also related to A. frigescens which has more or less pruinose young branchlets, phyllodes that are proportionately longer, partly united petals and the funicle disposed in about three loops over the apex of the seed.

Wood prized for cabinet work and panelling, and for stringed instruments. 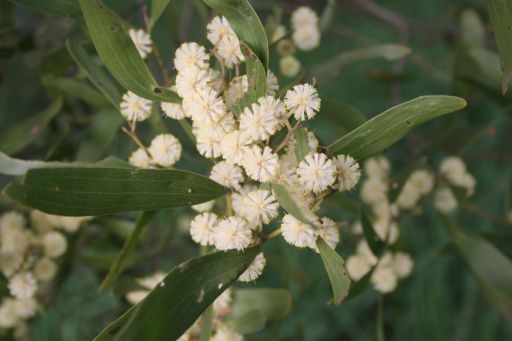