CVU, DunT, GipP, Gold, LoM, MuF, MuM, MSB, NIS, OtP, RobP, VRiv, VVP, Wim. Also SA, Qld, NSW, ACT. Growing as far south as Geelong, as far east as Barnawartha, and extending west to the Wimmera and north-west into the Sunset Country and beyond. Occurs in a diversity of habitats, e.g. in Themeda-Rytidosperma grasslands on basalt in the south, in mallee woodlands on sandy loam in the north-west, and in Yellow Gum associations on heavy clay near Dimboola in the west.

A somewhat polymorphic species, with Victorian populations all hexaploid. 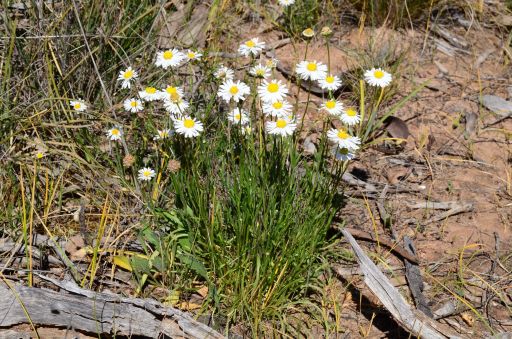