In exposed sites the fronds are smaller, leathery and often simple. The venation in the lamina (see description above) is sometimes used as a diagnostic character for this species, being more complex than that found in Microsorum scandens. 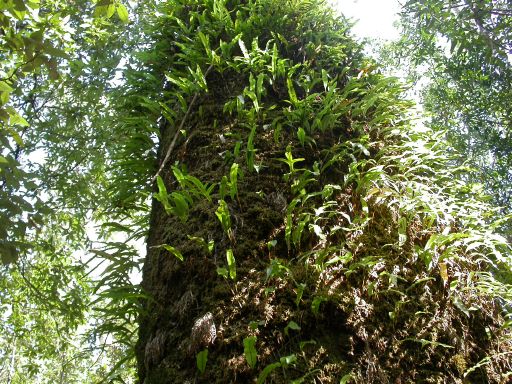