This polymorphic, polyploid complex is treated here as one variable species. Three varieties were recognized by Davis (1948), and Willis (1973) considered specimens from the Dargo High Plains to be referable to B. diversifolia var. dissecta G.L.R. Davis. However, that taxon is specifically distinct and occurs in northern New South Wales and southern Queensland; the status of the High Plains entity is unclear. More robust plants from islands of Bass Strait, with mostly 2-pinnatisect, thicker leaves and shorter scapes than in var. diversifolia, were referred by Bentham (1869) to var. maritima Benth. Specimens from the Glennie Group, near Wilsons Promontory, approach this variety in their 2-pinnatisect leaves, but the leaf segments are narrower than in typical var. maritima. 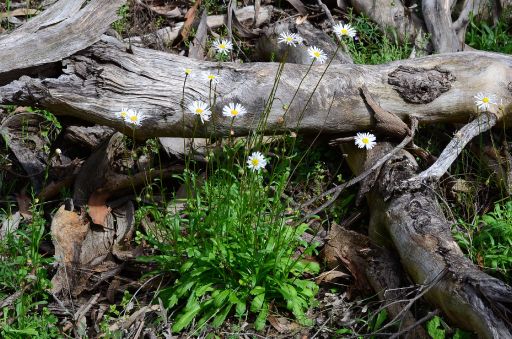