This species has a similar habit and favours a similar habitat to the adventive Spergularia media, but is readily distinguished by its black, tuberculate seeds (as opposed to the red-brown, smooth seeds of S. media). The taxon is so widespread in natural marine and inland saline wetlands, especially of south-eastern Australia and New Zealand, that it must be seriously considered native to Australasia. 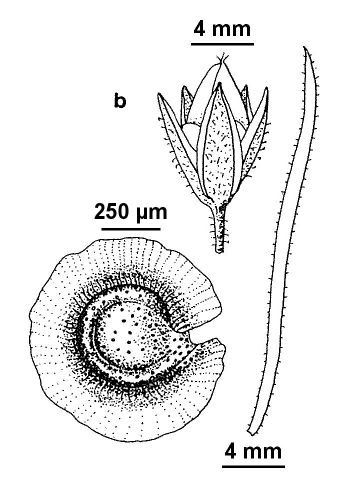