A variable species with several variants. Plants from more mesic habitats are often much more robust, with larger leaflets than those from drier inland areas but, generally, leaves of this species are the smallest among the Oxalis corniculata complex. Oxalis exilis generally also has smaller flowers and capsules than other members in the O. corniculata complex. Another variant occurs often in lawns and disturbed habitats. This variant is poorly represented in herbarium collections. It is long rhizomatous, and has whitish lines and or blotches on the seed ridges, a character shared with a form of O. corniculata (that is currently known only from garden beds urban Melbourne), with which it can be confused. This variant of O. exilis also has the smallest leaves and flowers among the forms of O. exilis. O. exilis can be recognised by its usually long creeping stems, which are very sparsely antrorsely hairy, the usually 1- or occasionally 2-flowered inflorescence, the inflorescence which is usually held more or less at leaf level or slightly above, and the relatively short capsules. Large-flowered forms of O. exilis can be confused with O. rubens, but it differs from O. rubens in having shorter capsules compared with the relatively long capsules in O. rubens, and the seeds have V-shaped rather than U-shaped grooves, and the leaves are usually green in O. exilis rather than glaucous or grey green as in O. rubens. The two species also have different habitat preferences, with O. rubens confined to coastal dunes and scrub. The relationship between O. exilis and O. perennans also warrants investigation. 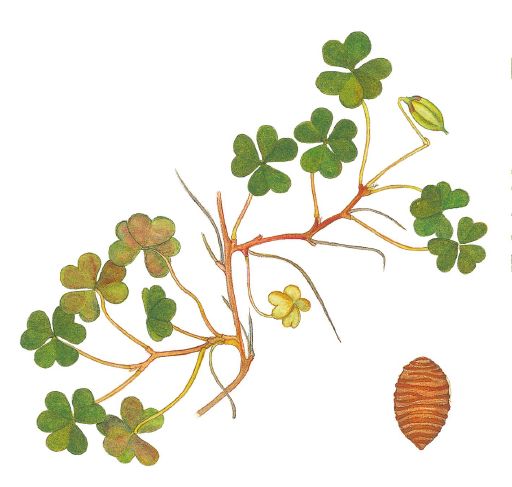